Vittorio Ricci (1859 –1925), a native of Terranuova Bracciolini (Arezzo), was a composer and singing teacher who was active in Italy and abroad, teaching for about 20 years in Edinburgh before establishing himself in Florence; here he taught, composed, and was active as a lecturer, holding a series of classes on the history of English music and musical forms at the British Institute from 1920 to 1925. Among his educational works, he published a series of eight books of Solfeggios, winning a prize for this collection at the Torino Expo of 1912. A Selection of Solfeggios is represented in the library of Mario Castelnuovo-Tedesco, where one also finds, in manuscript form, Daily Vocal Practice by Ricci, from his three-volume edition of Selected Exercises for the Production, Development, and Culture of the Voice. 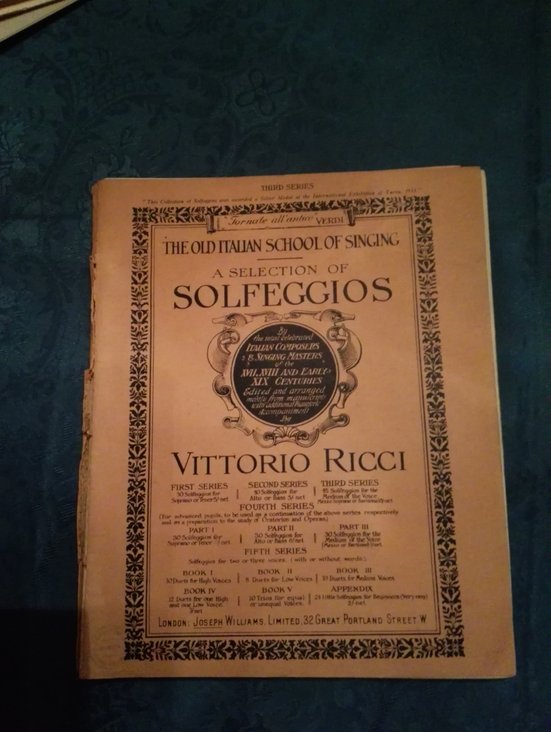 Ricci Vittorio (a cura di), A Selection of Solfeggios, London 1911