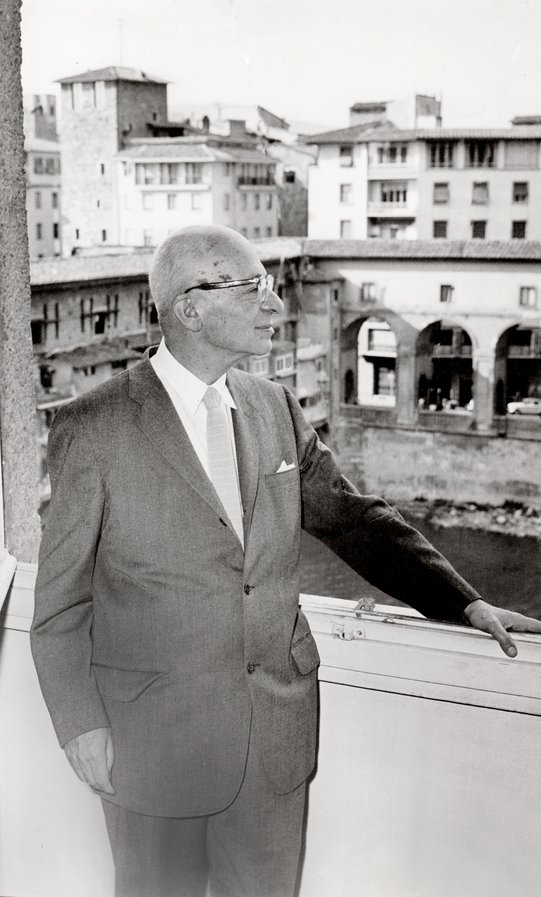 March 16, 2018 marked the fiftieth anniversary of the death of Florentine musician Mario Castelnuovo-Tedesco (Florence, April 3, 1895 - Los Angeles, March 16, 1968) who is once again at the center of international musical interest.  This original composer’s works combine appealing, accessible melodies with very refined writing, a strong sense of cosmopolitan culture, and intellectual curiosity. He was born and spent his early years in his beloved city of Florence, where he had his early training. He received his first music lessons from his mother, Noemi Senigaglia, and then he enrolled at the Istituto Musicale “Luigi Cherubini”, where he studied piano with Edgardo Del Valle de Paz.  He continued at the conservatory, where he began to study harmony and, later, composition, with Gino Modona and Antonio Scontrino. In 1913 he became a student of Ildebrando Pizzetti, who opened the door for Castelnuovo-Tedesco to be part of his inner circle and have exposure to many artistic resources.

He received his diploma in Florence in 1914; four years later, he also received a degree in composition in Bologna. In the Tuscan capital he took his first steps as a concert pianist, as a composer, and as a music critic. All three of these activities are represented in the Florence International Lyceum Club’s archives and in its Mario Castelnuovo-Tedesco Collection, created when the composer’s library was  transferred to the Lyceum in September 2015 from his former home on Via de’ Bardi, thanks to the gift of his granddaughters, Diana and Costanza.

This online exhibition seeks to make available to visitors our collection of musical scores,  relating to the composer’s early years and training in Florence. The goal is to contribute to disseminating information about the composer and his music to a wider and younger audience, building on the numerous studies, publications, recordings, concerts, and educational initiatives that are flowering, in Italy and beyond, to commemorate the fiftieth anniversary of his death.

LEARN ABOUT HIS TEACHERS